The different kinds of Patterns

Let me show you the most common kinds of patterns out there. We can group them by various aspects, I chose three different approaches: Patterns by types of composition, by style and by complexity.

most common types of pattern compositions

These are just a few, more common pattern composition, ways to make a repeat: 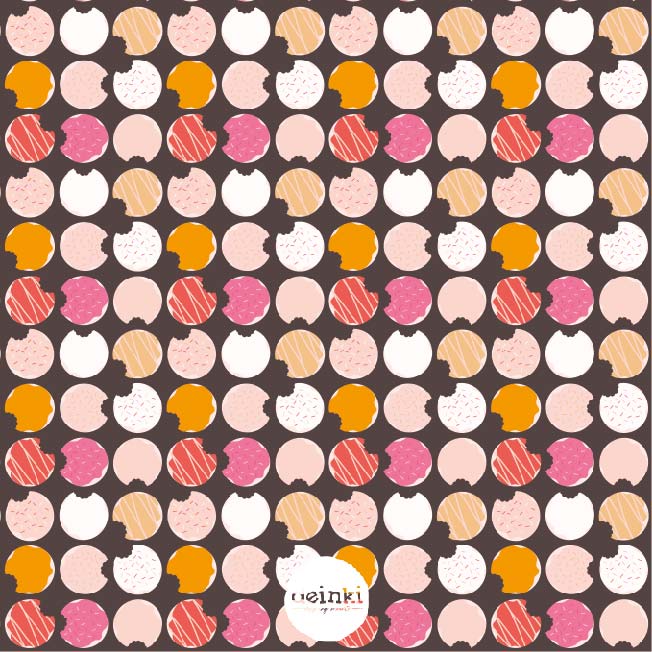 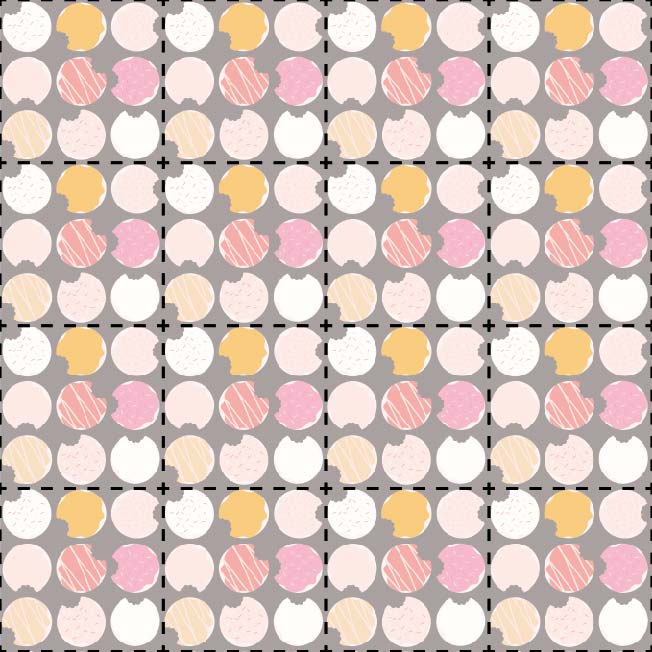 This is a simple way of making a repeat, the grid or full drop. It's basically repeating the group of motifs both vertically and horizontally in the form of a grid.  The repeat is easier to be found this way. It can have a squared or a rectangular shape. 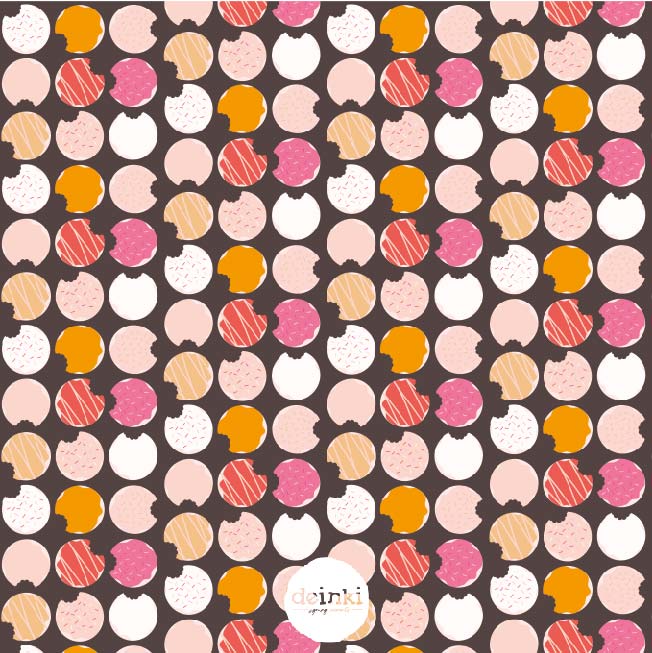 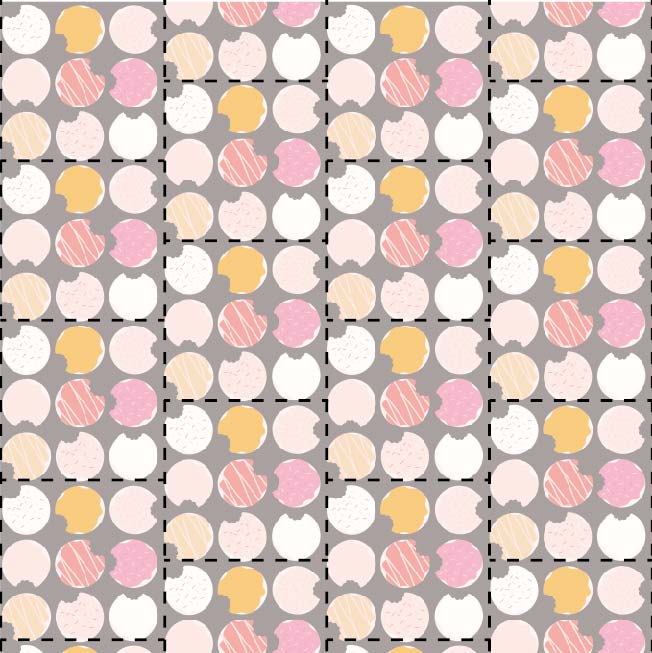 The half drop repeat is another common way to make patterns. It consists in working in columns: one "fixed", the next shifted one half vertically, the next "fixed", and so on. This too can be squared or a rectangular. 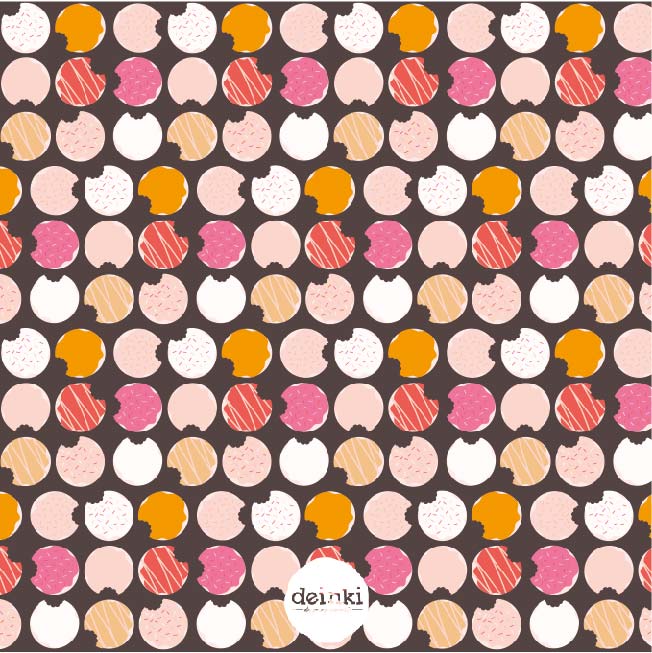 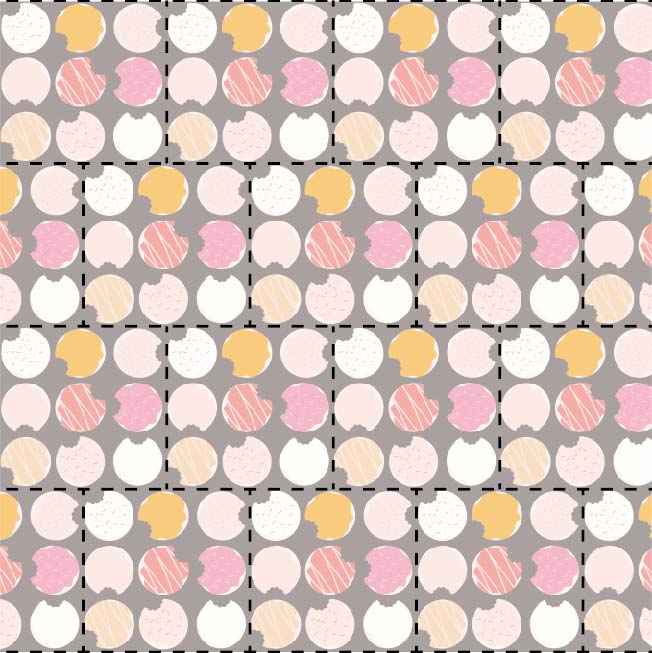 The brick repeat is the same as the half drop repeat, only that the shift is made horizontally, so you don't work in columns but in rows. It looks like a brick wall and that's where it became its name. This too can be squared or a rectangular. 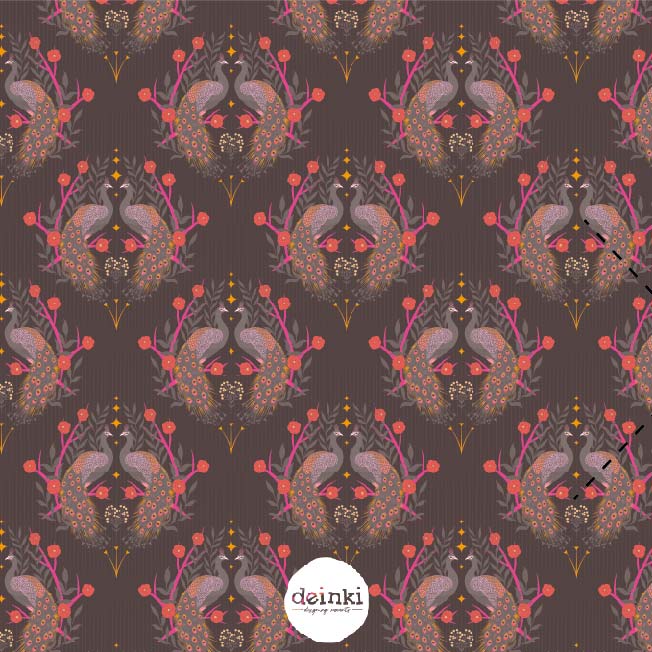 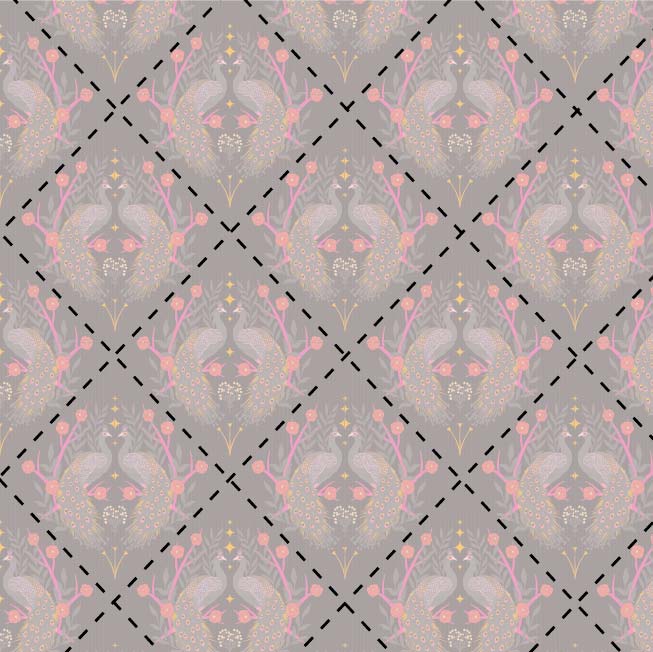 The diamond repeat is where the motif or motifs group is repeated in a diagonal way, creating a diamond shape. 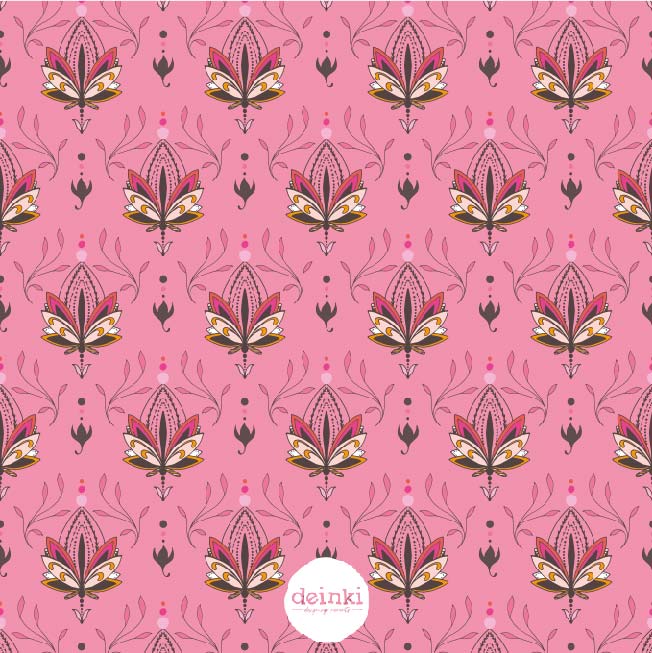 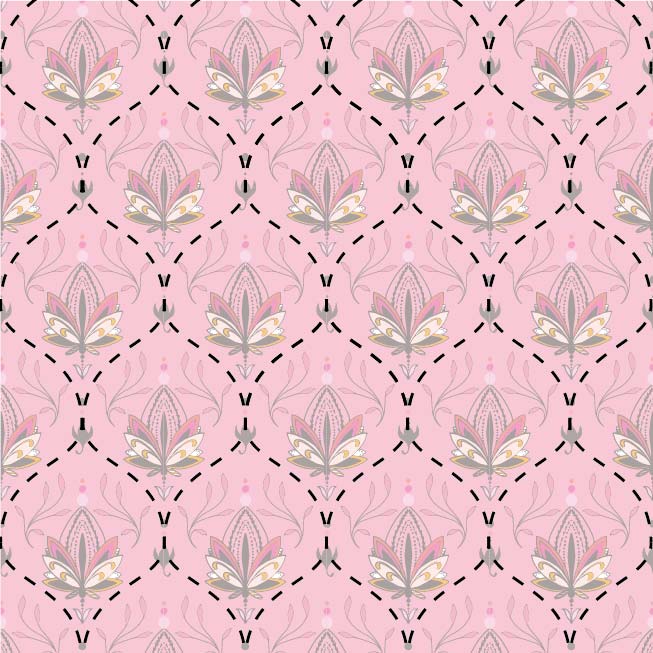 The ogee repeat is basically a diamond repeat with rounded side edges and pointy top and bottom. 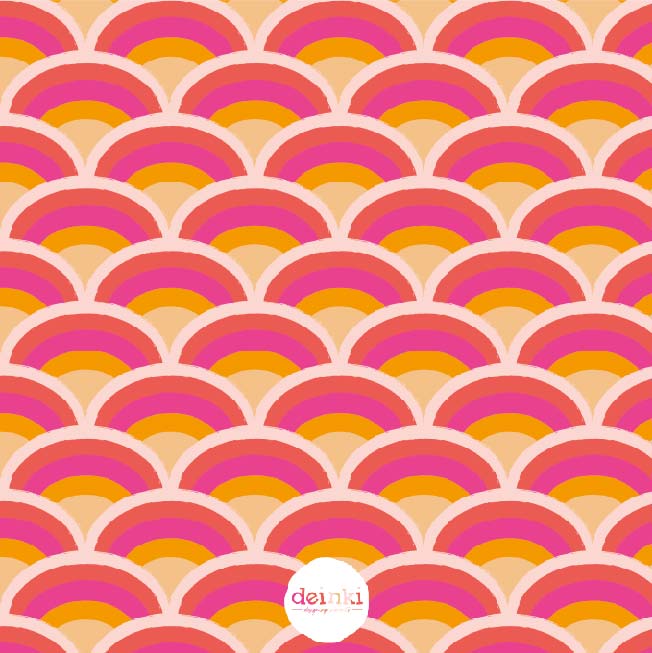 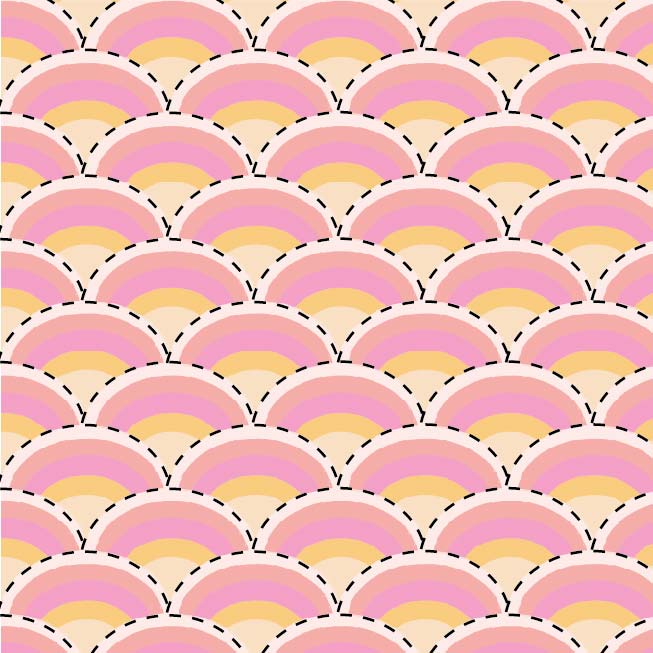 The scale repeat is a half drop but with an oval or circle shape instead of a square or rectangle. It looks like fish scales, therefor the name. 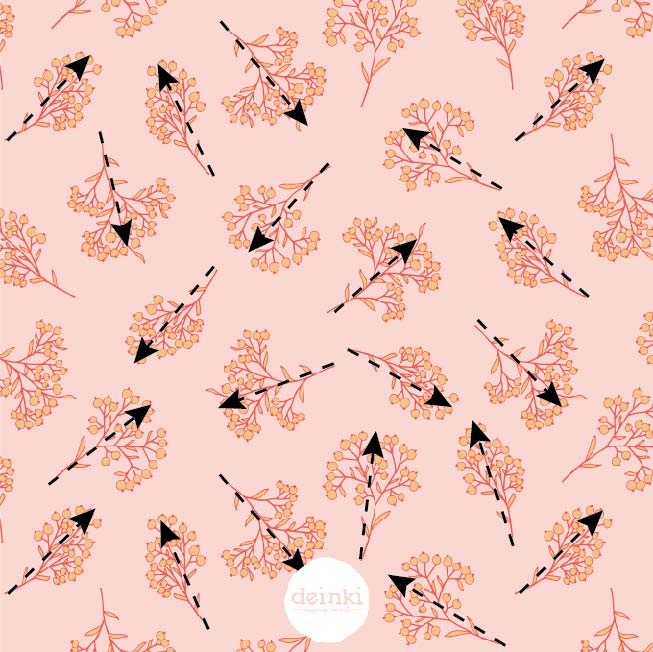 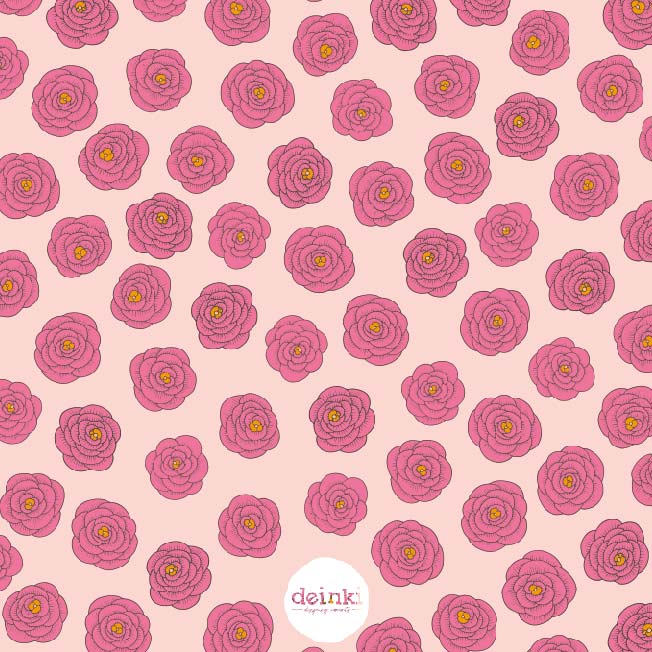 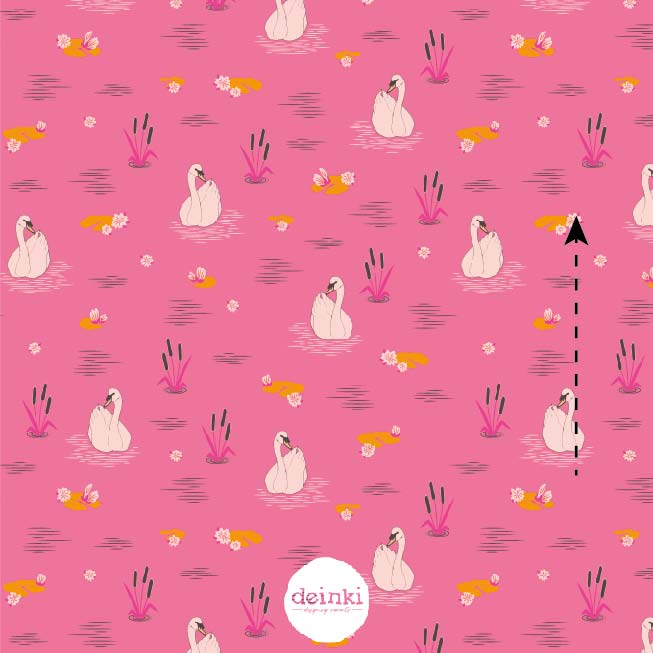 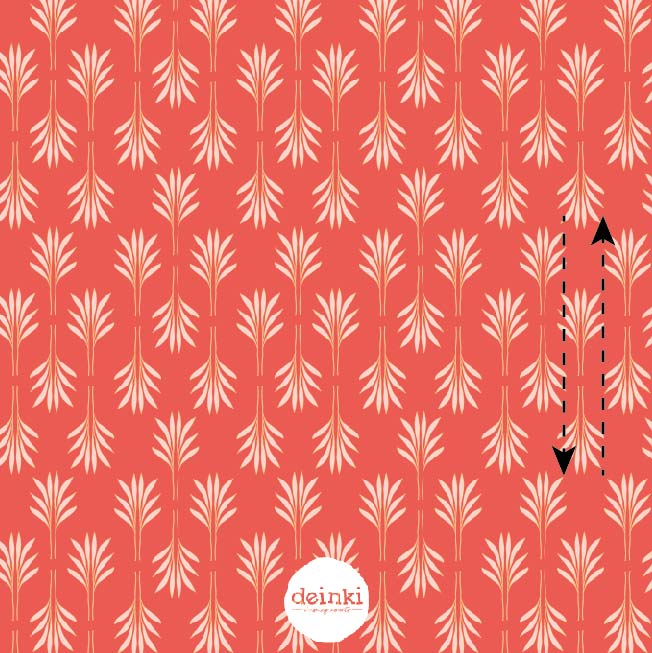 (from left to right, top to bottom)

Borders are usually an element repeated most commonly only horizontally but depending on the final use, it can also be only vertically.

Another way to categorize the different kinds of patterns is by style: we can name four big pattern style categories, with many subcategories each (I'll name just a few):

Are you looking for someone to design a custom pattern collection for your products?